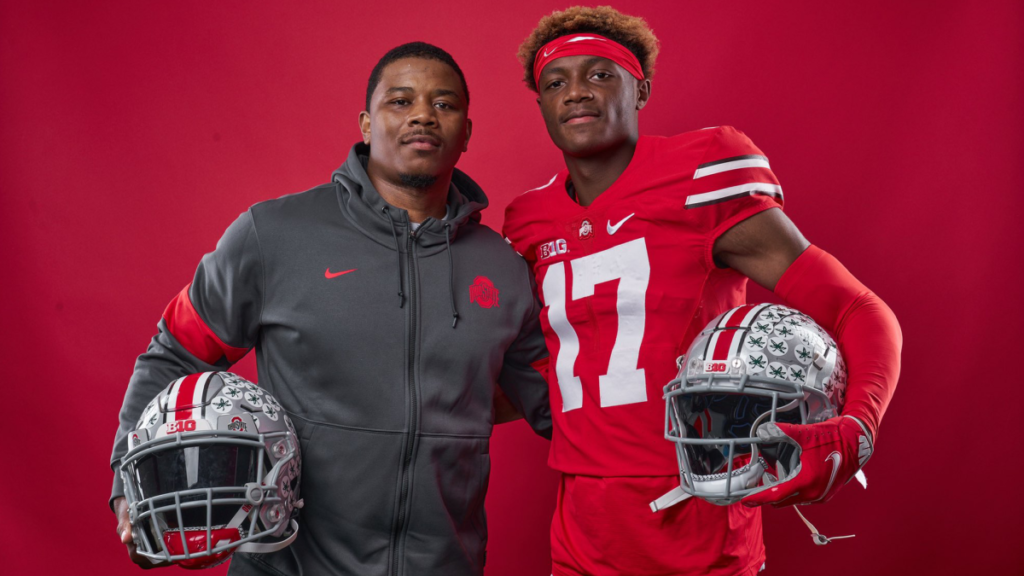 The rollercoaster that was Carnell Tate‘s recruitment has finally come to an end when the highly sought after five-star wide receiver released his commitment video today via twitter. With that being said, Ohio State has officially added its second wide receiver to the 2023 class as Tate joins Bryson Rodgers among the committed.

This one for the city🥂 pic.twitter.com/NUU22zp1sc

For a recruitment that seemed to trend three different directions throughout the long process, the Buckeyes were able to prevail with a last ditch effort by Wide Receiver coach Brian Hartline. To start this recruitment, the Buckeyes initially were the leader as Tate was very open he grew up a fan of the scarlet and gray. However, Notre Dame threatened early on when Brian Kelly was still at the helm for the Irish. It seemed when Marcus Freeman took over that things started to cool off a bit and allowed for the Buckeyes to try and extend that lead that much farther.

As it so often happens now a days though NIL has started to play a major factor in many elite players recruitments and that’s exactly where Tennessee entered the mix. In what many insiders believed was a movement towards the Volunteers side after a multi-million dollar NIL offer, Tate still seemed to put player development and coaching at the top of his recruitment.

With Tate’s commitment, the Buckeyes now add the No. 3 WR by the 247 Composite and a top-30 player nationally. This is also the second South Florida Express addition to the Ohio State class with the chance to land one or two more in this cycle. The Ohio State staff currently has Brandon Inniss on campus as well as Noah Rogers. If all goes as planned, the Buckeyes could land the trio of elite WR’s all in the month of June. Regardless of the outcomes there, Hartline pulls off another major win on the recruiting trail.